Club trips are an enjoyable part of the Home Garden Club's activities. Seeing some of the splendid gardens in the area, and enjoying the company of fellow enthusiasts, makes these visits memorable for months to come.

Here are pictures from some recent trips:

In June, the club traveled to Paxson Hill Farm in beautiful New Hope, PA. The farm is situated on a mountaintop, not far from the Delaware river.

Upon arrival, we were greeted by a proud, white peacock who had no qualms about strutting it’s stuff. We were then led on a guided tour given by the garden designer. The adventure took us over ponds and creeks, through formal gardens and whimsical places, and past hidden art treasures. 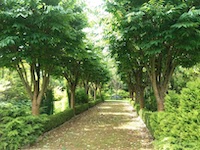 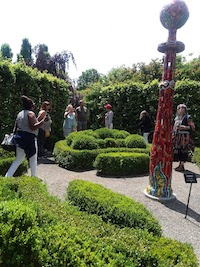 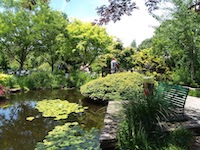 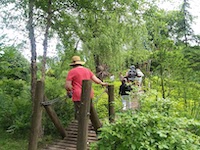 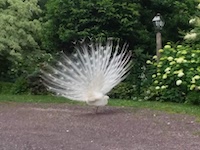 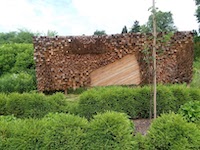 Members of the Garden Club spent a beautiful day at Lavender Farm in Milford, New Jersey. We were lucky to have such a beautiful day to be outside. A docent gave a short talk on lavender, describing the various species in the field and how to collect it, and then invited us to cut as much of the lavender as we wanted. 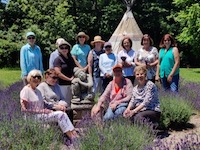 It was great to see many of you at the Reeves-Reed Arboretum despite the nippy Spring weather as we toured the grounds and lunched together.

There are currently 0 users online.